Great Albums: THE FLAMIN GROOVIES "SHAKE SOME ACTION" & BARRACUDAS "DROP OUT WITH" 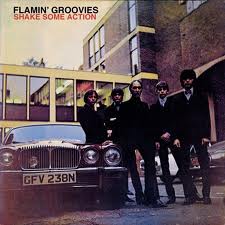 THE FLAMIN GROOVIES "SHAKE SOME ACTION" - SIRE 1976 ALBUM.
This is my first choice of a classic LP. I first got into these guys as a 18-year old some years after this came out in about 1985. I think I must have found a copy cheap somewhere like Camden market in London. I was really into the whole retro 60s thing at the time and the cover looked interesting. Inside there is a bevy of great songs, very much in a Beatles & Byrds style. There are some killer Power-Pop classics such as the title track, I CAN'T HIDE & YOU TORE ME DOWN. The band had a good following in Europe and the album is considered a classic of the genre. The band had been around since the mid sixties in San Francisco. The recorded a couple more albums for Sire after this (both also classics) but sort of fizzled out in the early 80s but have continued with sporadic recordings and appearances since then. 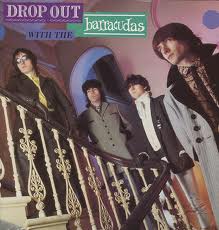 THE BARRACUDAS "DROP OUT WITH" EMI 1981 ALBUM, this great LP came hot on the heels (well sort of) of their 1980 top 40 Uk hit SUMMER FUN. Formed in London the band's sound was a manifiestation of band leaders Robin Wills' and Jeremy Gluck's obsession and love for 1960s music. A cool blend of Garage, Surf, Folk Rock and Punk this album is one of the very best the Psychedelic Revival of the early 1980s. There is of course a Flamin Groovies connection too as Chris Wilson joined the Barracudas around 1982, appearing with them on their two susequent, and essential, LPs both on the French Closer label. The band had (and has) a huge following in France as well as Spain touring there many times. Robin Wills writes his great blog Purepop1, dedicated to obscure Glam & Powerpop 7"!