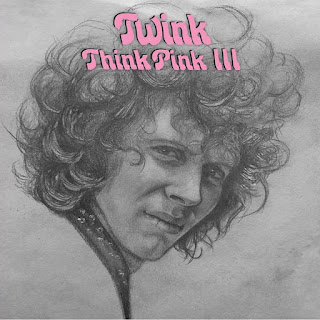 After creating a sequel to his fantastic 1969 album ‘Think Pink‘ in 2015, Twink decided to create a third instalment in the series. ‘Think Pink III’ is brimming with ideas that make the album sound fresh and invigorating, as well as having fantastic guitar playing throughout. This is a record that knows how to pull the listener in, and to keep them there until every second of it has finished.
Take a song such as “Lydia Ladybird” for example. With Twink’s stutter induced chorus, echo filled verses, and a melody to die for, the song takes the listener on a trip into wonderland, with no tolls in sight. There is also the vocally hypnotic “Fountain” which contains compulsively intriguing backing vocals that are an excellent companion to Twink’s own vocals. It finishes with a dynamite guitar part that could have gone on for an eternity and nobody would complain.