CHRIS RICHARDS & THE SUBTRACTIONS - "A SMATTERING OF MYSTERY AND SOUND" (SB013) vinyl on Sugarbush!! 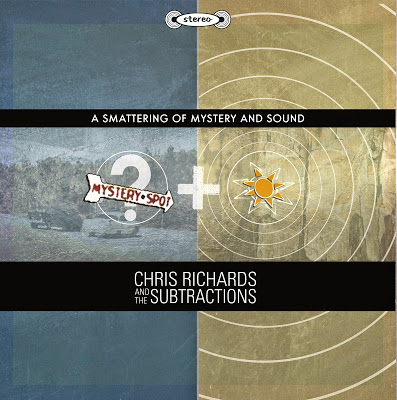 CHRIS RICHARDS & THE SUBTRACTIONS -  "A SMATTERING OF MYSTERY AND SOUND" (SUGARBUSH SB013) limited to ONLY 200 copies on black vinyl and 100 copies on LEMON YELLOW vinyl!! A fantastic new album by DETROIT Power-pop legends who have been making great records for over 10 years!

Veterans of the mid-west power pop scene, Chris Richards and The Subtractions, are back with this full-length record “Peaks and Valleys”, the highly anticipated follow-up to 2012’s “Get Yer La La’s Out”. This record was the precursor to the amazingThe Legal Matters band album, also with Chris Richards, along with longtime rhythm section consisting of Andy Reed, Todd Holmes and Larry Grodsky. Reed brings along his guitar and some of the famous Matters’ harmonies to this wonderful album  This fantastic LP is a vinyl only (no CD) release specially made for Sugarbush Records and features songs from their previous albums that never came out on vinyl. As a special bonus, the band recorded 2 new tracks just for this album! If you like jangle, superb songs, more hooks than a fishing store, harmonies and killer Power-pop then this album is for you. Featuring Nick Piunti on guest guitar this album has "classic" written all over it. LAST FEW COPIES! FREE POSTAGE. (see a cool video by the band just below)