THE GREEK THEATRE "LOST OUT AT SEA" a psychedelic masterpiece, only 200 on vinyl - buy it here! 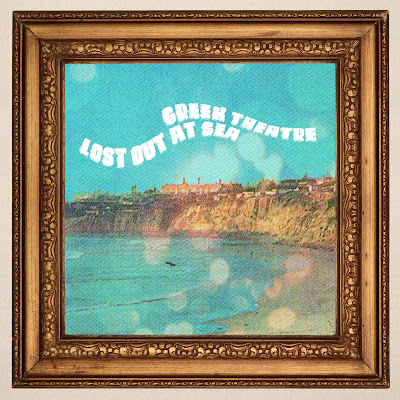 A fabulous Californian West Coast themed album by this new band. Out for the first time on vinyl, this got rave reviews when first released on download about a year ago. Shades of DAVID CROSBY, BEAU BRUMMELS, THE BYRDS and the fantastic songs make this an essential addition to any self-respecting Psych collection. You would not dream that these are a couple of Swedish guys sitting by a lake in the middle of the countryside, but there you are. It has San Francisco all over it and you will love it.
"Country rock infused gem “Frozen Highway” sounds like a single as soon as you hear it; it builds into the chorus and has lovely guitar work. “Overprotection Doesn’t Work” goes to the heart of the Beach Boys, whilst “Close In My Arms” is far better than what Nashville calls country today. However the album’s centrepiece is “Hold On”. If Brian Wilson recorded this today it would be hailed as a dramatic return to his post Pet Sounds ballads such as “Til I Die”. It is a stunning song and this track alone would merit the album’s purchase. Closing with the folk rock psych of “Stupid Constapleton”, its Alright Ma Fairport that intriguingly points to a new direction. Marvellous!" SOLD OUT!