THE GREEN RAY - "Five Points of Light" on buy it here! Free postage. 300 copies only, with insert! 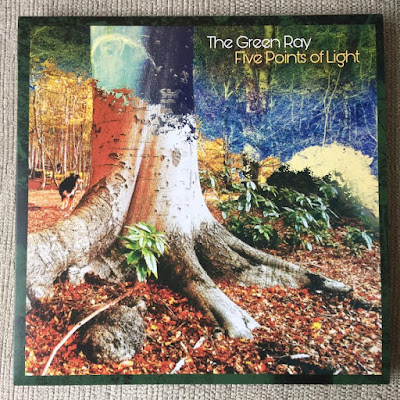 THE GREEN RAY - "FIVE POINTS OF LIGHT" (SUGARBUSH RECORDS SB063), a brand new release on Sugarbush! The second album we have released by the legendary GREEN RAY, with roots in legendary UK bands HELP YOURSELF & MAN. The first album we issued by the band sold out over a year ago, and this one is also limited to ONLY 300 copies and will be a collectors' item soon.

After releasing the incredible 'Half Sentences' in 2017 their last album with the late Richard Treece and after the sudden passing of long time friend & bassist Jeff Gibbs, the band recruited Dave Mackenzie and continued gigging and working on the new recordings. Completed in the summer of 2019, 'Five Points Of Light' features Jeff on the songs 'Small Springs' & 'Before The Fall', as well as guest contributions from Howard 'Plug' Davies (The Attack, Screaming Lord Sutch) & also Duncan Kerr & Wayne Worrell (Plummet Airlines, The Favourites, The Brainiac 5). After summer 2019 gigs with very special guests Barry Melton of Country Joe & The Fish & noted French Guitarist Stephane Missri, the band continues to appear at The Brainiac 5's London residency, at The Gunners, Finsbury Park.

A lovely album full of stinging and Psychedelic San Francisco - tinged guitar that John Cippolina would have been proud of this is one incredible Uk / West Coast Hippy - Psych gem. Postage is free and limited to only 300 copies with bonus INSERT! only £22.99 in total.

GREEN PAJAMAS' JEFF KELLY "BENEATH THE STARS, ABOVE THE RIVER" on Sugarbush, order it here now. 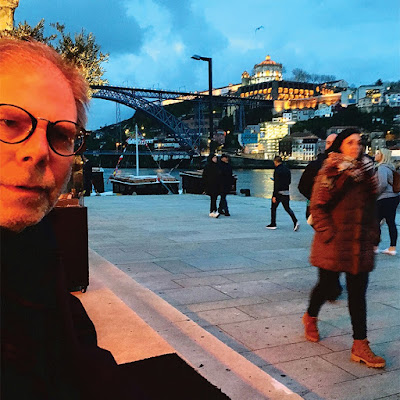 JEFF KELLY / GREEN PAJAMAS "BENEATH THE STARS, ABOVE THE RIVER" (SUGARBUSH SB061), a rare solo album from the Green Pajamas main man Jeff Kelly. Out on vinyl on Sugarbush Records!

"Kelly delivers these songs with an intimacy which brings them home and also propels others with convincing pop-rock (the guitar jangle Senor Senor which revert back to the greatness of Green Pajamas and Moon Over Granada touches the spirit of a more gritty Tom Petty ) or move towards a dreamy Mediterranean heat (Hush of the Southern Night).

Here,with musical influences from the Iberian Peninsula, his acute storytelling (Todo por la Gitana) and these sophisticated, poetic songs where he played just about every instrument himself, Jeff Kelly once again confirms he is a rare writer . . . especially when it now comes to wine, women and Spain."
Limited to only 300 copies, on 140gm virgin audiophile vinyl - remastered - sealed with disc housed outside the cover and in lined inner sleeve for extra protection. Only £19.99 including postage anywhere!  (out now!)

Green Pajamas "Poison In The Russian Room" out on vinyl for the first time, 300 copies only - on Sugarbush 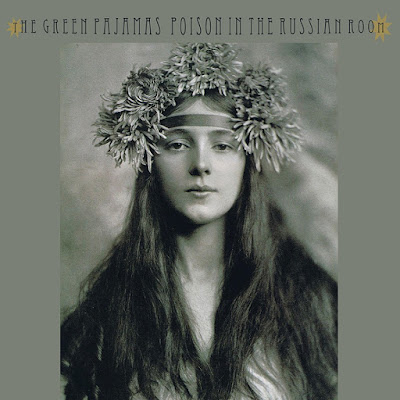 "Nobody likes to throw around terms like “criminally underappreciated” and “under the radar” more than rock critics, but it’s impossible to talk about the Green Pajamas without bringing those hoary old terms into play. Singer/songwriter Jeff Kelly has been leading the Seattle-based band since 1984 (not counting an early-’90s sabbatical during which he worked as a solo artist), turning out an endless stream of enchanting albums that feed on the spirit of ’60s psychedelia but always remain decidedly contemporary. The Pajamas are the kind of band that has long seemed ripe for a renaissance, maybe some flavor-of-the-moment artist going public with a deep Pajamas fixation, the sort of thing that would lend the group some hip cache. But it never seems to happen. After all these years, they remain, to use another well-worn phrase, a well-kept secret." (Prefix Mag)
Limited to only 300 copies, on 140gm virgin audiophile vinyl - remastered - sealed with disc housed outside the cover and in lined inner sleeve for extra protection. Pressed on green vinyl!  Only £19.99 including postage anywhere!