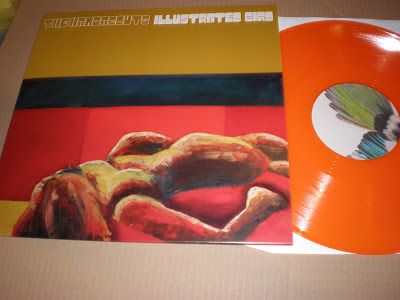 THE HANGABOUTS - Illustrated Bird (SUGARBUSH SB031), the fabulous classic album on vinyl by Detroit's HANGABOUTS is one of those albums that any label with a modicum of Pop sensibility would have jumped at the chance to release.

From the same gaggle of bands on the Detroit scene that we have released previously (Nick Piunti, Chris Richards and the Subtractions) this album presents the gentle Psych-Pop side of Detroit, a city normally more associated with gritty urban toughness. No, these lads have crafted a lovely Pop record that, dare I say it, would not have sounded out of place in Big Star's cannon and even reminds me of McCartney's gentler side. Hey, even Emmitt Rhodes would surely dig this record. It is a master stroke of lush arrangements, jangling 12 and 6 string guitars, layered harmonies and, best of all, some really fantastic songs. No fillers on here, and one of the best pure pop albums I have heard in years.

This is limited on vinyl to ONLY 300 copies, on see through orange vinyl. £19.99 including worldwide postage! (A total bargain!) 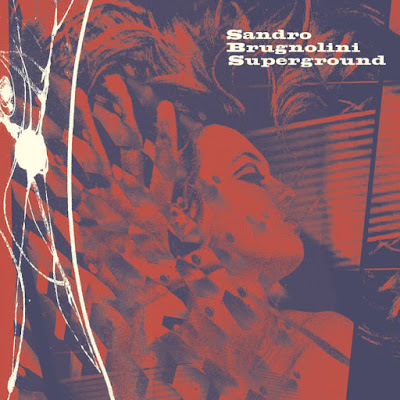 SANDRO BRUGNOLINI - "SUPERGROUND" (FOUR FLIES, ITALY IMPORT), INCREDIBLE Italian Libary album. Composed and recorded in two sessions between July 1969 and November 1970, the album echoes the shocking 1969's Charles Manson massacre, with tracks dedicated to the villa at Cielo Drive, in Hollywood, where Sharon Tate e Roman Polanski lived for six months. Some music was also used for an animated short movie signed by Pino Zac, “Radice Quadrata di 3”, a little art-film gem about the consumer society.
The recordings have all in common the terrific line up, featuring MARC 4 members Antonello Vannucchi (organ), Maurizio Majorana (bass), Roberto Podio (drums), along with Angelo Baroncini (guitar) replacing Carlo Pes. An incredible groovy combo that plays a strange psychedelic rock and r’n’b with funky and prog flavor. One for soundtrack, library and Psych heads too.
Another lost masterpiece from Italian golden age soundtracks finally rescued and brought back in life to see the light of the wax for its very first time.