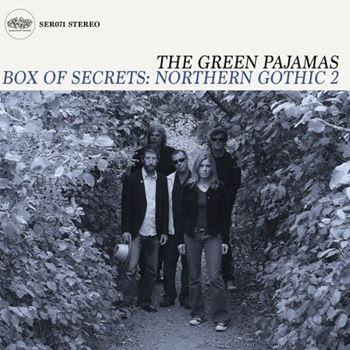 "Though billed as “season two” of Northern Gothic, Box of Secrets is somewhat lighter. The subject matter is serious — see “Addiction,” “Eyes of a Stranger” and “The Coroner’s Hotel” for Kelly and Lichter’s continued update of the gothic literary tradition — but the production is opened up with horns and forceful rock rhythms, allowing stray sunlight through the clouds to illuminate the forest floor. With the melodies front and center, the grim but appealing “When You’re Good to Me,” “Katie’s Gone” and “I Just Want to Be Your Friend” gracefully balance the band’s catchy pop and brooding storyteller sides. That said, a new version of “Blue Eyes to Haunt Me” strips the song down to bare bones, the sound of pure agony (a neat trick for an already dark track), and “Into the Woods” ends the album on a classically atmospheric folk rock note. Less foreboding than melancholy, Box of Secrets mines gothic mystery for pop glory." (Trouser Press review)

Please note two prices to choose from: Outside UK & Europe is the first option, and Uk Europe the second, please choose the correct one. We will state a low value of £8 for customs by the way. Shipping is fast and now takes around 3 days for Uk and 7-10 days outside the UK!