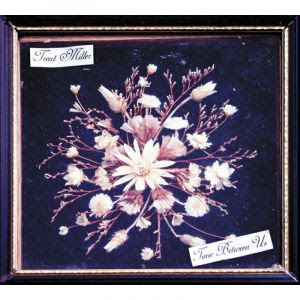 TRENT MILLER - "TIME BETWEEN US" (SUGARBUSH SB056), Trent Miller releases his new album - a fusion of folk, rock, goth and americana that continues to attract a growing following. The closest thing you will get to a blend of GENE CLARK (I swear his voice is touched by the ghost of Gene), latter day BYRDS as well as Paisley Underground stalwarts THIN WHITE ROPE & AMERCIAN MUSIC CLUB this is one album you really need to listen to. A magical blend of Alt. Country Byrds laden melancholia and West Coast pedal-steel drenched hallowed ground only trodden by those truly gifted,

Time Between Us carries on the trajectory set by its predecessor, the acclaimed Burnt Offerings (2014), which saw him emerging from the darkness that overshadowed his first two albums Cerberus (2009) and Welcome To Inferno Valley (2011), towards a hopeful glimmer on the horizon and a new maturity in songwriting.

Listen here to a sample of this great album (click link)


Some reviews of the original CD release:

“My god, there are some lovely plaintive songs on this terrific album.” (Terrascope Online)


“An aching and deeply romantic touch throughout.” (Blabber ‘n’ Smoke)


“A persuasive storyteller who keeps his songs short and purposeful, allowing the music to to draw you in and the words to anchor you. Burnt Offerings promises much and delivers; light the blue touch paper and stand back.” (Folk Radio UK)

“An album that will thrill those aware of the antecedents and beguile those who aren’t.” (Blabber ‘n’ Smok