8x8 "Azalea's Room" buy on vinyl, out on only on Sugarbush Records - with free worldwide shipping! 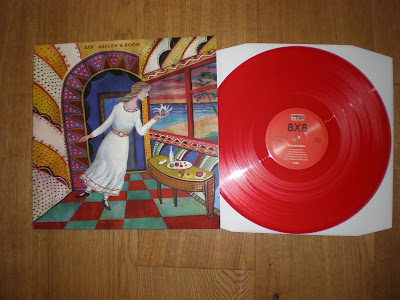 8x8 (Eight by Eight) - "AZALEA'S ROOM" (SUGARBUSH SB 020), out now on vinyl and limited to only 300 copies worldwide on red vinyl. This masterpiece courtesy of USA's LANE STEINBERG and Ukraine's ALEXANDER KHODCHENKO is finally out on vinyl! A magical blend of Brian Wilson-esque melodies fused with Psychedelia this is a very special album crafted by two incredibly gifted musicians. Lane Steinberg has one of the most wonderful voices I have ever hear and the songs he writes are nothing short of genius. This is by no means a sixties-only influenced album, there are elements of 80s Pop too and fans of XTC should definitely take note as well. Ultimately this record is a field of its own and is one of the most original works we have released in our time as a record label. Please do not miss out on this fantastic record. Postage is free by the way, anywhere in the world!

Play some of this album now